Diving in Croatia – On the island of Krk

In front of our door are many small islands that invite you to dive. 🙂

A day trip with us:

In the morning at 09.30 a.m. the day tour boat starts from the pier in Punat to the offshore islands Plavnik, Mali Plavnik, Prvic, Cres or Kormati. The visited dive sites mostly offer steep walls, shoals, caves, grottos and overhangs. All are covered with Mediterranean flora. When you arrive at the anchorage you will receive a detailed briefing.

Afterwards we get ready for the first dive and enjoy the underwater world of Croatia with its beautiful, colourful vegetation. Back on board we will have a lunch break. Before we go to the second dive site and enjoy our favourite sport again.

Around 17.00 o’clock we will enter the harbour of Punat again and go over to the cosy Apres-Dive!

For diving in Krk you need

Diving at the wreck of the “Peltastis”

Our “house wreck”, the Peltastis, sank in January 1968 in a heavy winter storm north of the village of Silo.

It lies between 7 and 32 meters depth. The holds are free, easy to dive and lie at a depth of about 23 – 27 meters. The bow starts at 18 meters depth. Buoys with ropes are attached to the superstructures at the stern and the middle mast, which make it easier to dive. The wheelhouse is also diveable.

Meanwhile the sea has taken over the artificial reef. It shows a luxuriant flora and fauna, where you can also see a bigger conger. Especially night dives at the wreck make this dive a highlight.

Diving at the wreck of the “Lina”

The Lina was built in England in 1879. She mainly transported wine and oil to Northern Europe. On the way back to Italy mostly coal. In January 1914 the ship ran ashore in heavy fog on the Croatian coast. Not far from Cape Pecen on the island of Cres. The ship loaded with mahogany wood sank very fast. It is not known whether there were any accidents at that time.

Today the Lina lies with the bow towards the island of Cres almost upright in 27 – 52 meters on a sandy slope. Along the descent line, which is moored at the bow, one reaches the remains of the steel steamer. You can also dive the hull. The few remaining superstructures offer shelter for small shoals of fish and crustaceans.

Diving at the wreck of the “Jakljan

The cargo steamer was built in Trieste in 1924 under the name “Jakljan” with a length of 41.1m and a width of 7.9m. After confiscation of the ship in 1942 by the Italians for war purposes and renaming in “Adria” the ship served as a transport ship. After the surrender of the Italians in 1943, she was taken over by the Wehrmacht. The 5-man Croatian crew was reinforced by soldiers who operated the two Italian Breda 20mm anti-aircraft guns.

On 25.04.1944 the crew received the order to transport troops and material from Senj to Rijeka. Despite protest of the captain because of a strong Bora storm the ship sailed out and sank the same day. None of the sailors or soldiers on the ship survived the sinking. Today the ship lies upright in 42 – 50 meters depth about 100 meters away from the east side of the island of Krk in the sand. The wreck can only be dived by well-trained divers from Advanced Nitrox, as the dive inevitably involves decompression. You dive in blue water along the descent line, which is moored at the stern of the ship.

During the free fall towards the depth the outline of the wreck appears in about 25-30 meters. Most interesting are the two guns at bow and stern. Over the years nothing has remained of the cargo. Also the Wehrmacht materials, like helmets and equipment, have already fallen victim to looters. 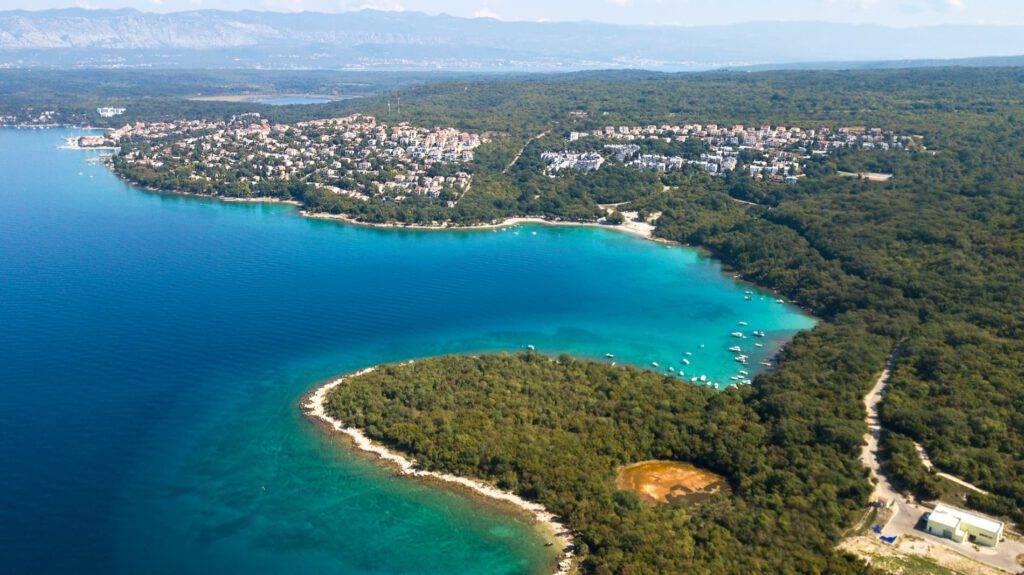 Our shore dive sites are not so abundant, but they are very attractive. Whether diving after a longer break, night diving, try diving or diving course – the sites have something to offer for everyone…

Diving at the “house reef

After moving to our new dive center we now have the possibility to offer you our “house reef”. Here you can refresh your skills, try out, dive in or just be in the water again… also night dives, the first “steps” in the diving course and trial dives are possible there! 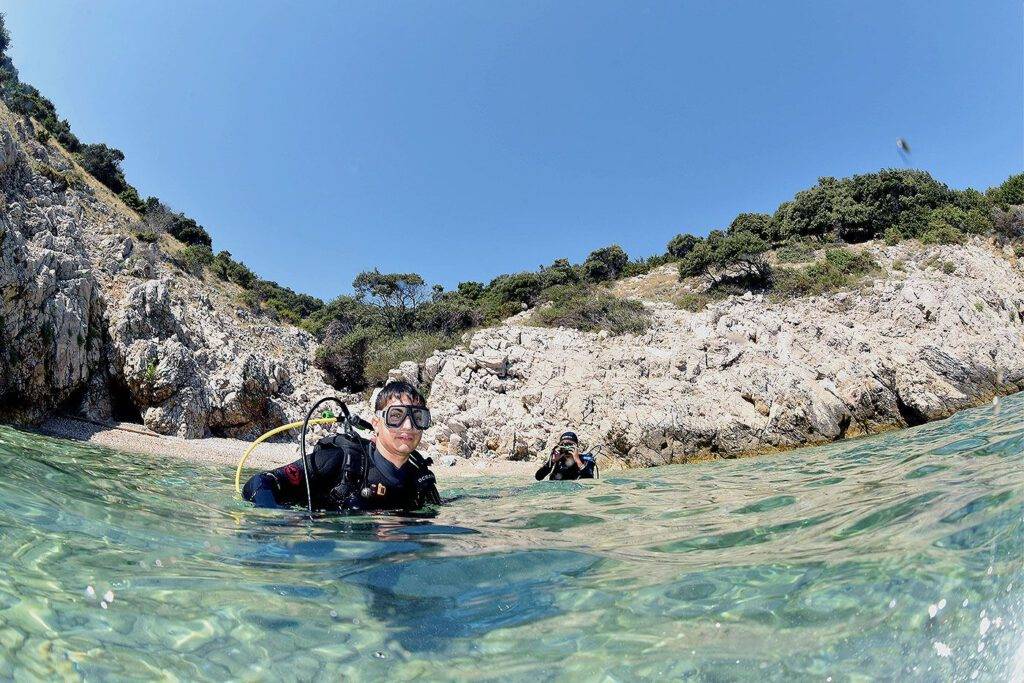 You would like to try scuba diving with us? No problem! 🙂

During the try dive you will be slowly introduced to the material, you can enjoy the quiet moments and concentrate fully on the maritime life under water.

However, before you start, we will teach you a little theory. Afterwards we will dive down to a maximum of 8 meters with you and let the flora and fauna of the Mediterranean enchant us.

If you are infected by the diving virus just like it infected us back then, we will be happy to continue the way to becoming a diver with you and take a diving course with you. 😊